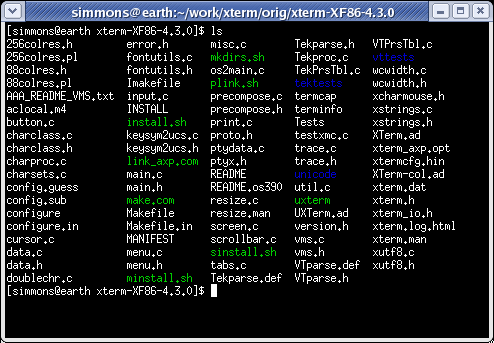 All names for the command line interpreters we use when programming/coding in the 21st century.

A Unix shell is a command-line interpreter or shell that provides a command line user interface for Unix-like operating systems(like Linux & MacOS). The shell is both an interactive command language and a scripting language, and is used by the operating system to control the execution of the system using shell scripts.

Yes, you have lots to do, work these software installs in when you can, it'll make some of day go faster; get them done before coming back from the noon break; Some Needed Installs...BrewVisit https://brew.sh/.Follow the directions under "Install Homebrew".JDK 18.0.1Visit Oracle's download

Consider the following test class. There is another class in this project, Calculate with a method that has a method signature of public Double run(String expr). What this means is if I create an object of type Calculate called engine, I can then call the run method as in

Let's begin with this: https://www.quora.com/profile/Joshua-Bloch-1And then, and be careful, do not plagarise code: https://github.com/iluwatar/java-design-patternshttps://github.com/javaee-samples/javaee8-sampleshttps://github.com/phishman3579/java-algorithms-implementationAnd the last of these, well, it's quite a beautiful thing. Now, who the hell is Joshua Bloch and why